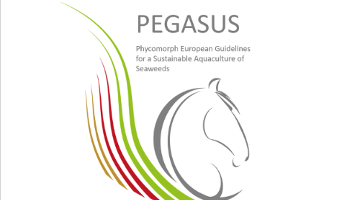 200p guidelines to promote the Sustainable Aquaculture of Seaweeds in Europe

PEGASUS was prepared by 50 contributors from several countries worldw

ide.
During the previous 18 months, PEGASUS outlines and preliminary versions were presented in different international conferences and to several groups of European stakeholders.
PEGASUS was open to an international public consultation in December 2018.
PEGASUS was presented at the European Parliament in February 2019, upon an invitation from the Searica intergroup (Seas, Rivers, Islands, Costal Areas integroup).